Kilkenny to Athy to Dublin in a day

We travelled from Killarney to Kilkenny and then to Athy (where the O'Brien's are from) and then onto Dublin.

Dropped the car off after landing somewhere in Dublin via GPS that was not the Hertz car rental place. Thanks to some kind blokes at Sarsbury car yard they gave us a print off of where the hertz yard actually was.

We then had two days two nights to visit Dublin.

It is not a terribly pretty city. I thought staying in a hotel on the River Liffey would be very nice, but it was a crowded busy place with lots of beggars and rubbish.

Our hotel stay was an experience! It was over a pub and we were on the first floor (cheapest noisiest rooms). It was far from cheap though as it was so close to everything. We found a place to have dinner and then found a pub with some great musicians and stayed out late. When we went back to our digs - we were laughing because the shower was so small like a cupboard (formula one type) We noticed there was an connecting door to other room but didn't think much of it. Were chatting for a while and I thought I could hear the chap next door snoring on and off. Went to bed and sure enough his had and my head were right next to the connecting door. I think he must've had sleep apnoea because he would snore on then stop and choke and cough and then start talking in his sleep!! I tried to be patient thinking he will go off to a deep sleep and stop soon. But to no avail, the sounds honestly never stopped at all. After 2 hours of this, I got up and went down to reception and said I need another room and explained the situation. They immediately found us a family size room on the 4th floor and we moved in. Then the next morning after brekkie they told us we would have to move again as the room was booked to a family. but fortunately they found us another room on the 4th floor and we slept soundly on that second night. So after 3 rooms in one night/day we went out to Dublin city.

We took a river cruise and heard some history on the buildings and sites.

We also took in the Tall Ship tour of a ship called Jennie Johnston which carried 2,500 Irish to other countries without one death due to the owner being an Irishman and making sure he had a good captain and a ship doctor. They also carried out more hygiene than any other ships - these ships were cargo ships and so as the Irish paid before they got on they were then not a valuable cargo on delivery so most owners didn't care if they arrived alive or not.

The hygiene was simple - everyone had to get out on deck each day for 30mins, shake out their blankets. They emptied the chamber pots regularly to avoid spillage and overflowing. Everybody had a team and a turn at cleaning the hull where they were living. They could fit up to 255 people in the hull - it was not a large space let me tell you. They would have 10 people to a bunk - head to toe.

It was an excellent tour and we learned a lot.

We had dinner at an Italian restaurant which was very nice. We then limped off to hotel for a good long nights sleep. I kept thinking this is the last lay down I will get for 2 days!!

The next day we headed off to EPIC which is a new museum in Dublin. It is a great set up in the old warehouses on the river front. It has a great indoor area with lots of shops and cafe's along it. I nice respite in the rain.

The museum is then downstairs in the old stone storehouses. It was really very good as well - lots of interactive stories about why people left Ireland for other lands and then history of Ireland and its culture.

We spent a couple of hours down there - coming up for lunch and then going back to it.

We wandered around the temple bar area - which is a bit of a dive really.

I think I am over people smoking in public.

We are now at airport waiting to catch the flight -they haven't confiscated Mick's shepherd's crook yet so all good. 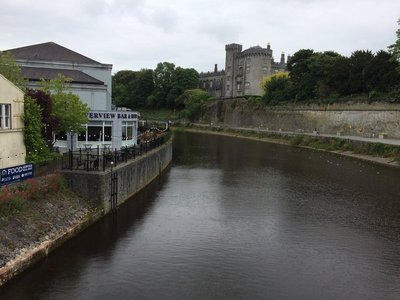 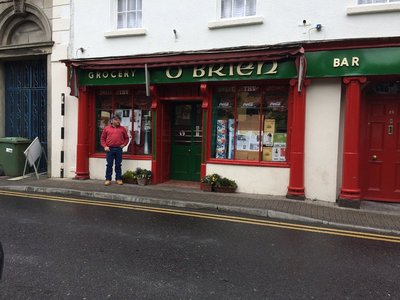 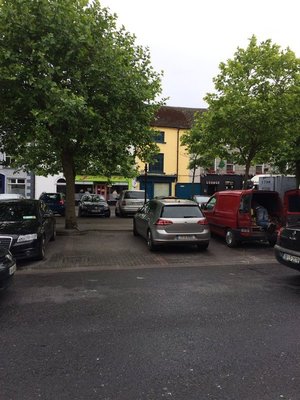 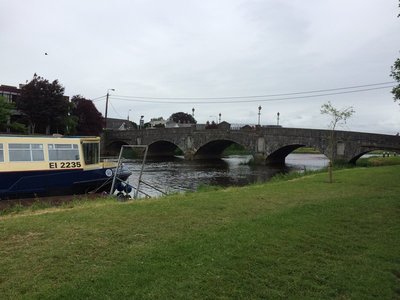 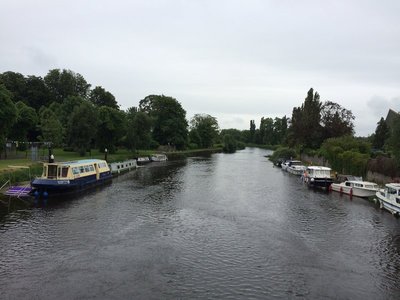 Boats on the River at Athy 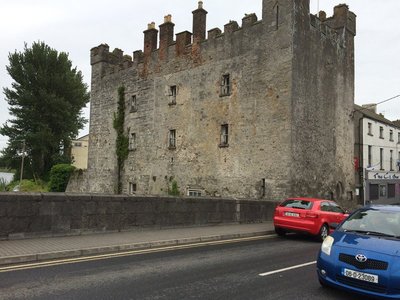 Castle? at the town bridge Athy 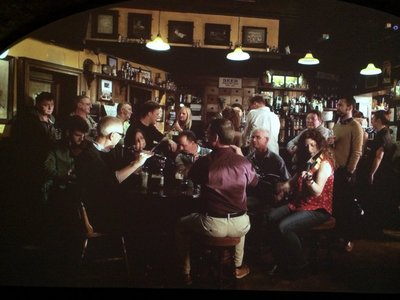 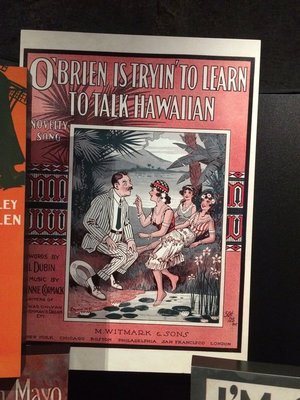 O'Brien's learning Hawiian! at the EPIC 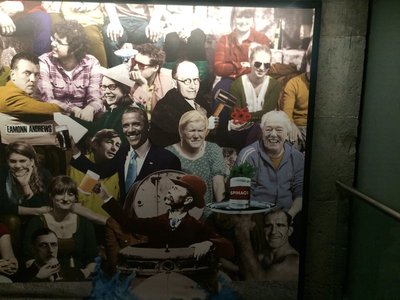 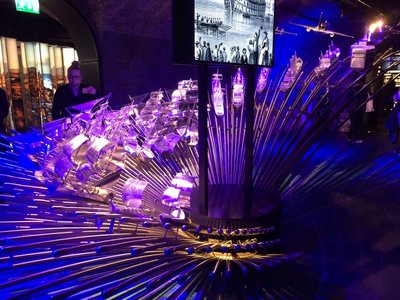 Sculpture of the leaving at EPIC 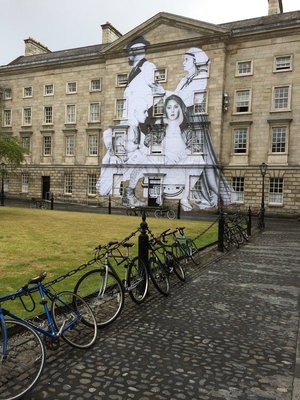 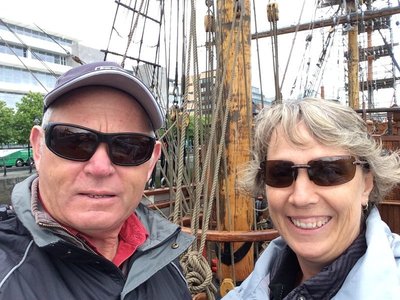 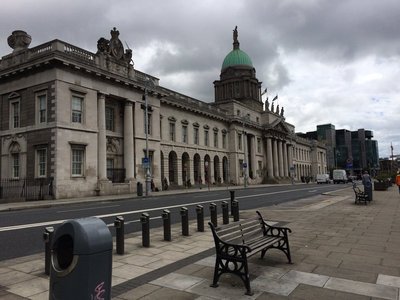 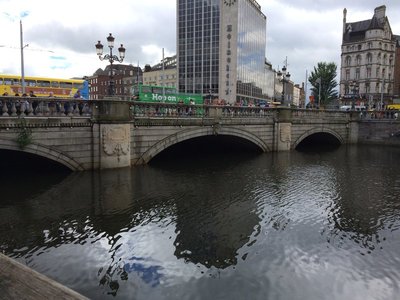 O'Connell's Bridge over the Liffey - we stayed just near this

This blog requires you to be a logged in member of Travellerspoint to place comments.

If you aren't a member of Travellerspoint yet, you can join for free.